Once uploaded to a Github repository, databases are officially released from the master/main branch.

Annotated releases are published directly via Github. During this process, an ascending version number is created for the release. The version numbering convention used in Metapsy is similar (but not identical) to the Semantic Versioning 2.0.0 standard:

Using a Github integration, all releases are automatically indexed in Zenodo. Zenodo automatically issues a Digital Object Identifier (DOI) for the latest release. For each database, there are two types of DOIs: 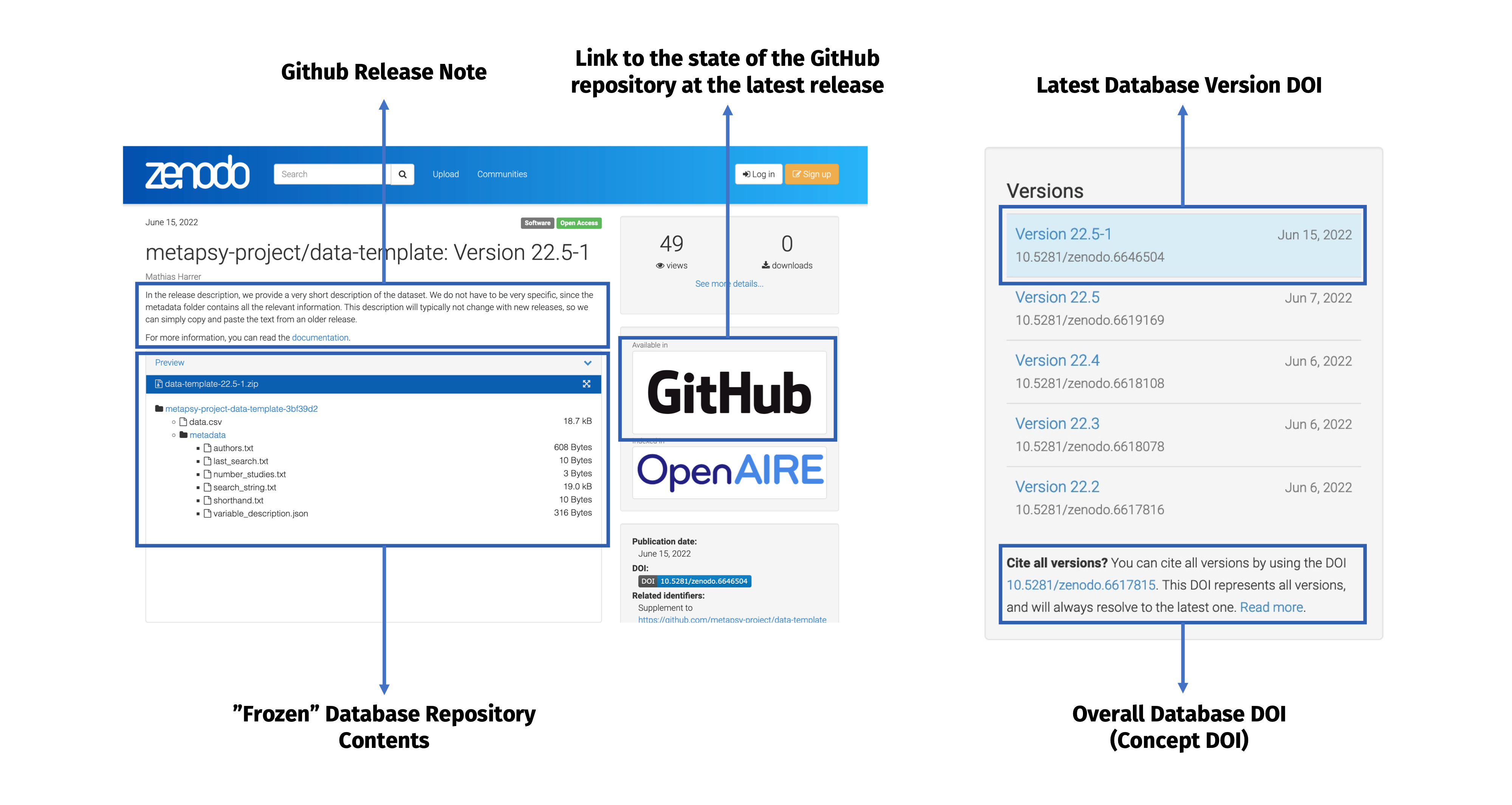 Once indexed in Zenodo, the released database and its metadata is automatically propagated to other components of the Metapsy infrastructure, including the database documentation entry, metapsyData, and the Metapsy API. This means that the new database version is publicly available to the entire research community. Preferred citations included in each database documentation entry are also automatically updated to reflect the year and version of the new release. This process is partially handled via the Zenodo REST API.